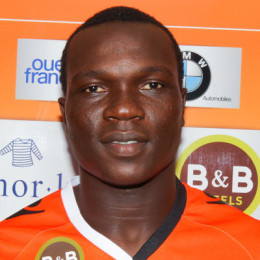 Vincent Aboubakar is a Cameroonian football player who plays for Portuguese club Porto and the Cameroon national football team as a striker. He is best known as player with unprecedented accuracy in his passing and speed with the ball. He began his professional soccer career from Cotonsport Garoua football academy where he first studied, learned and later performed for the youth team.

His personal life is kept private which means there is no any information regarding his love life, whether he is single or married or even got divorced. He is a popular footballer and there are many of his fans. It is unlikely he is not mingled but he likes his private stuffs within himself and may be does not like to share it with anyone. He was once rumored for his football transfers.