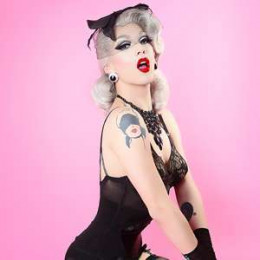 Violet Chachki’s marital status is single. RuPAul’s Drag Race is his first television series. He has a role of “Himself”in this series. He began performing his drag act at the age of nineteen and, after a brief period as a fashion design student. He and Bianca Del Rio were the respective champions of the 2015 and 2014 seasons of RuPaul's Drag Race.