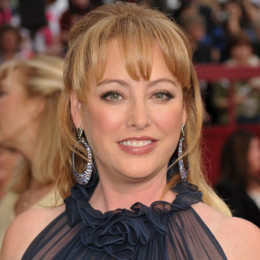 Virginia Madsen is an American film producer and actress who made her debut in the film Class (1983). She is the daughter of Calvin Madsen, a fireman and Elaine Melson, an Emmy Award-winning filmmaker. Her parents got separated in the late 60s. Her siblings are Michael, an actor, and Cheryl, an entrepreneur. She is a graduated from New Trier High School. Also, she attended Ted Liss Acting Studio and later joined Harand Camp Adult Theater Seminar.

She married actor and director Danny Huston in 1989 but the couple divorced in 1992. She gave birth to a son, Jack Antonio in 1994 while in a relationship with long-term boyfriend Antonio Sabato Jr.

Virginia Madsen was born on 11 September 1961 in Chicago, Illinois.

She performed in some of the successful teen movies like Electric Dreams, Modern Girls, and Fire with Fire.

He is an American actor, director and writer who was once nominated for Best Male Performance at the Independent Spirit Awards in 2003.

He is the only son of his romantic parents who were not officially bond into martial relationship.