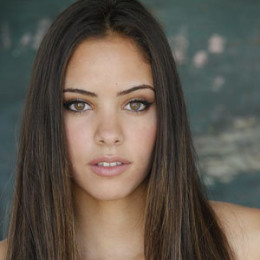 An American actress and former model, Vivian Jovanni is currently single. She is best known for taking over the role of Ciara Brady on "Days of Our Lives" in 2015, replacing Lauren Boles. Vivian Jovanni is of Spanish and Italian descent. She was born to father Edward and mother Laura Pupo. Vivian Jovanni has two brothers, one older and the other a twin. She began her acting passion show at the age of five.