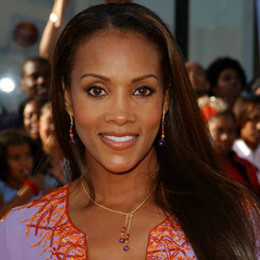 Vivica Anjanetta Fox is an actress- host and producer who began her career with daytime television Soap Operas Days of Our Lives and Generations. Vivica was born to mother Everlyena, a pharmaceutical technician, and father William Fox, an administrator of the private school. She is of Native American and African-American descent. Vivica grew up with two sisters; Marvin Fox, Alecia Williams, and brother William Fox.

Vivica Fox is mainly known for her roles in the movies Independence day, Set It Off, Booty Call, Soul Food, and Boat Trip. She won the NAACP Image Award for Outstanding Actress in a Drama Series for the work in crime drama series; Missing.Vivica was previously married to singer Christopher Harvest for 4 years. After the divorce, she dated rapper 50 Cent and then Omar Slimm White. Vivica is currently reported  to be single and has no children.

Christopher Harvest is a singer whom Vivica was married to for four years. They divorced later and have no children.