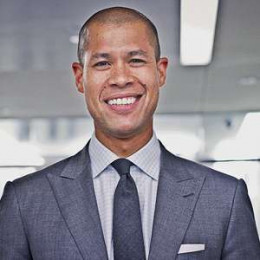 Vladimir Duthiers is an American journalist, who has been working as the correspondent for CBS News since 2014. Prior to this, he was the correspondent of CNN for five years. Duthiers' father is from Haiti, who migrated to France. He can speak French as well as the Haitian Language. Duthiers mainly focuses his job in political science. He started his career from finance. Duthiers joined managing Director for business development in Asia and joined broadcast journalism at Columbia graduate School of journalism. Duthiers joined CNN News in the year of 2009 from Columbia.

He has also worked as a production Assistant on Christiane Amanpour’s Amanpour and Anderson Cooper 360°. He has traveled many countries in collecting various news and story. Vladimir Duthiers is a married man but no more information about his marriage life are made available. He has managed to keep his private life secret and hence, there is no information about his wife. There is no record of him having girlfriend, affair, dating or relationship.