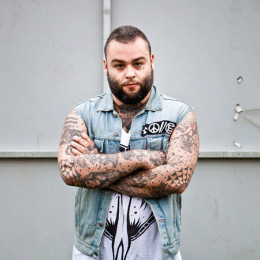 He is a Canadian musician, best known today as a vocalist of the hardcore band Gallows. Also he is the founder, vocalist and guitarist of the punk band Black Lungs. In the fall of 2001, he co-founded Alexisonfire along with his pal Dallas Green, where he served as a guitarist, vocalist. He is the evening announcer on CFNY-FM (102.1 the Edge) based in Toronto.

Talking about his personal life, he hasn't married anyone yet also he does not have any child. Being so popular and attractive, he might have dated a long list of ladies in his past days but till now there is no record of it. He has stayed low profile when it comes to his family matters. Currently, he is single and he often spends most of his time with band members rather than with girls.