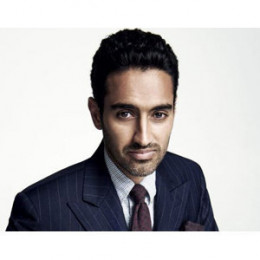 An Australian writer, academic, lawyer, media presenter and musician, Waleed Aly is currently married to Susan Carland. He is a Sunni Muslim who was born in Melbourne, Australia to Egyptian parents. Waleed Aly completed International Baccalaureate at Wesley College in 1996 before studying engineering and law at the University of Melbourne. Aly is a co-host of Network Ten's news and current affairs television program "The Project".

Waleed Aly has appeared as a panellist on ABC TV's Q&A program and has been an occasional co-host on the ABC's News Breakfast. He won the Gold Logie Award for Best Personality on Australian Television in 2016. Aly is married to Susan Carland. The couple has been blessed with two children named, Aisha Aly but he has not revealed his another child's name in the social sites.

Aly is married to Susan Carland. The couple has been blessed with two children. H is living his life very happily with his family.

Aisha has one sibling but has not disclosed hi/ her name in social sites.