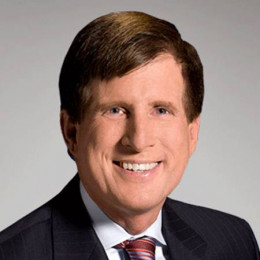 He is an American investigative reporter currently working for KYW-TV. He earned a Bachelor of Arts degree in English from the University of Pennsylvania. For his excellence in reporting he has won more than 20 awards including an Emmy award nomination and 8 Philadelphia Emmy Awards as well as honors from the Philadelphia Press Association, the Society of Professional Journalists, the Associated Press, UPI. He was named to the Broadcast Pioneers Hall of Fame, in 2007.

He is said to be a married man. He has two kids from his marriage but details about his wife and his children are kept out of the media. There is no any record of his divorce and his past affairs. He hasn't been rumored of something bad and hasn't been a part of any controversy which has let his personality and career go down. He has been able to maintain his good image in the public.