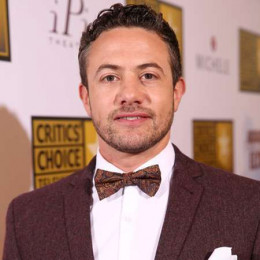 He is a former professional Thai boxer and actor, best known for his portrayal as Andy Holt in teen soap opera Hollyoaks, as Lee Hibbs in the three-part BBC drama series Occupation and as DS Ripley in BBC crime drama Luther. He began his acting career by appearing in two episodes of Shameless. As a boxer, he has competed at World level at Muay Thai (Thai boxing) and is a 2 times World Champion.

When it comes to his personal life, he has always stayed low profile. Till now he hasn't shared any detailed information regarding his family members and relationship stuffs. Being such tough and handsome guy he definitely should have dated a long list of ladies in his past days but as he is very reluctant in this matter he hasn't revealed anything about it till date.