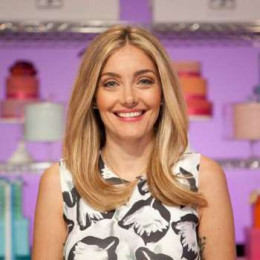 Waylynn Lucas is a celebrity chef, known best for having worked in the L.A. scene since the past several years. She has already worked for several restaurants as an executive pastry chef and has opened her own restaurant named Fonuts, which is situated in West Hollywood. She also appears with five other people in the reality series called Eat Drink Love and has managed to make a name for herself due to this reason.

Waylynn Lucas is a married woman. She tied the knot to Peter in October 2015 in an intimate ceremony in the presence of their closed ones and family members.

Previously, Lucas dated popular chef Michael Voltaggio. The duo first met in 2011 while working at the SLS Hotel Beverly Hills. After being together for more than years the duo split later.

Waylynn Lucas holds an estimated net worth of $500k.

Waylynn Lucas was born in the United States of America. She holds American nationality and belongs to White ethnicity.