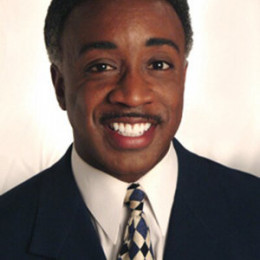 An American journalist, Wayne Dawson is currently married to LaVerne Dawson . He was born to Annie L. Dawson.He is an award-winning television newscaster and co-host of Fox 8 in the Morning, a morning show broadcast on Fox affiliateWJW-TV Channel 8, in Cleveland, Ohio. Before joining to WJW, Dawson was an anchor and reporter at WNIR-AM in Kent, Ohio. He graduated from the Kent State University in 1979 with a bachelor of arts degree in journalism.

Dawson is also a member of the NAACP, the National Association of African American Journalists and the Phi Beta Sigma fraternity. He is married to LaVerne Dawson. Dawson currently lives in the suburb of Highland Heights, Ohio. He had jokingly addressed one of his fellow reporter,Kenny Crumpton, as being able to "play a skin flute" in the morning news program Fox 8 in the Morning and quickly requested for its removal.

He is married to LaVerne Dawson. Dawson currently lives in the suburb of Highland Heights, Ohio.