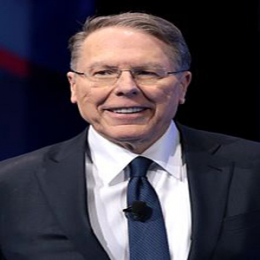 Wayne LaPierre is an American gun-rights activist who is working as the Chief Executive and Executive Vice President of the "National Rifle Association" for nearly three decades. He is in the news of his views because of his controversial comments on guns.

Wayne Lapierre is married to Susan LaPierre, co-chair of Women's Leadership Forum. Though both of them are public figures, they have sucessfully kept the details of their married life in wraps. Furthermore, it is not known whether they share children or not. 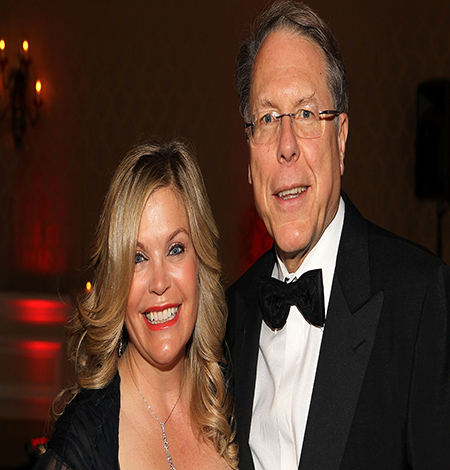 Wayne Lapierre with his wife Susan Lapierre. SOURCE: The Trace

Wayne Lapierre is a strong supporter of gun rights, and some of his comments on guns have caused outrage. In 1995, he called federal agents as "Jack-booted government thugs". He got lots of criticism for that and he apologized later.

In 2000, he accused then-president Bill Clinton of tolerating a certain amount of violence and killing to strengthen the case for gun control.

In 2012, after Sandy Hook Elementary School Shooting, he blamed the video game industry for the shooting. Various media outlet criticized his statement and called him a "Gun Nut".

After a mass shooting at Stoneman Douglas High School, he criticized FBI, the media and gun control advocates and asked for more guns in guns free zones. check out the comments in the video below:

What is Wayne LaPierre's Overall Net-worth? Know in detail about his Salary and Income

Wayne LaPierre started working as a government activist and lobbyist after completing his master's degree in government and politics. He moreover has made himself the public face of gun rights advocacy like Sarah Palin and made millions while doing so.

Wayne's overall net worth is $10 million, which he primarily earned by working as the CEO and executive vice president of the National Rifle Association(NRA) since 1991. His annual salary at NRA ranges from $1,366,688-$1,433,977.

In 2015, he made $5,110,985 because of the addition of $4 million retirement plan to his base salary. He is one of the richly compensated executives in the USA.

Wayne owns a house in Fairfax, Virginia near NRA headquarters. The median home price in Fairfax County is $547,400. 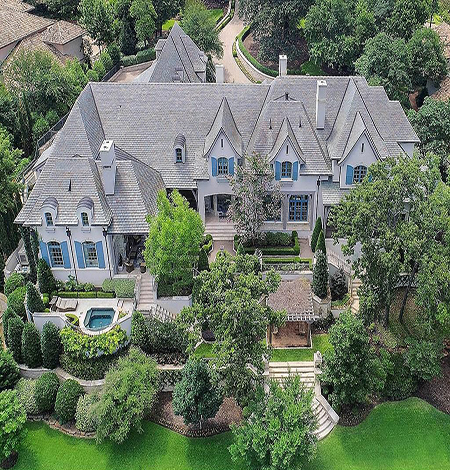 He moreover wanted to buy a mansion in Dallas, Texas worth $6.2 million in 2018. The NRA even agreed to pay the price at first; however, the deal later fell through. The mansion was located in a 10,000 sq feet in a gated golf community.

Wayne lives a luxurious life which is mostly funded by his employer NRA. He travels mostly by private planes for security reasons. He spent a total of $274,695 in clothing to appear in public events and fundraisers.

Wayne La Pierre is an author

Wayne has written several books on his career. The list of his books, along with the prices, is given below: 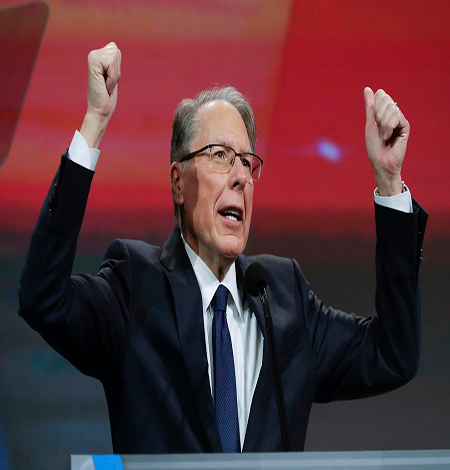 Susan LaPierre and Wayne Lapierre are married couples. They likes to keep their romantic life in wraps.