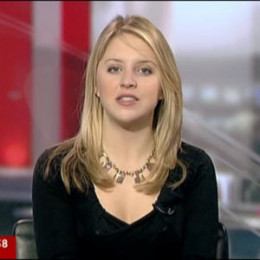 An English television presenter,Wendy Hurrell is currently single. She graduated from Goldsmith's College. Wendy works for BBC Channel as a weather presenter. She has worked in many channels some of them are Broadland 102Fm and so on .Wendy began her career from Anglia Television ,she has worked as a production journalist. She has also worked as a weather presenter in Sara Thornton’s. Wendy is also a presenter.