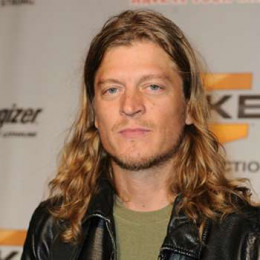 Wes Scantlin is an American musician who is versatile in the musical instruments. He is the only remaining member of the post-grunge band Puddle of Mudd. He is in his profession since 1990. His debut album was stuck which was sold with million copies of it. He graduated in 1990 from Park Hill High, Kansas City. He was interested in music from his childhood.

His current relationship status is divorced and he has a son born from previous relation before his marriage with his wife. He is found to be arrested in different cases like domestic violence, intoxication, home issues and so on. His fans always want to know his life and reasons for his arrest but he protests those questions with his silence. He is a controversial celebrity and keeps his private life out of the reach of media. He isn’t found dating with any girlfriends after his divorce. His personality is ruined by his own behavior and he is trying to make it good.

She grew up in Tennessee and she works for Ford as a model and makeup artist.

He was born from a relation of his dad with a girl whom Wes never mentioned to him.