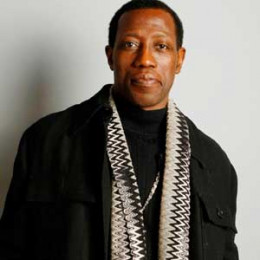 Wesley Trent Snipes is a famous actor, film producer and martial artist from Hollywood who has been working in this field since 1986 till date. Wesley has featured in many action and dramatic movies. He also acted in Marvel Comics Blade film Trilogy and grabbed the attention of many people as a brilliant actor. In 2010, Snipes was sentenced to three years in prison for failing to file US federal income tax returns and was released in early 2013.

Wesley Trent Snipes was born to Maryann(née Long), a teacher's assistant, and father Wesley Rodolph Snipes, an aircraft Engineer. His parents divorced, and his mother moved to Orlando.

He grew up in the streets of the South Bronx in New York City and attended high school for the performing arts. Snipes' dream faded in between when his mother migrated to Orlando. He graduated from Florida High School and appeared in local dinner theaters and regional productions to fulfill his faded dreams. He has spent his childhood, training himself in martial arts.

Before the age of 23, he used to appear in dinner theater and regional production. While he was performing in competition, Wesley was discovered by an agent. His formal debut was in the 1986 movie Wildcats. Later that year he appeared in a TV show called Miami Vice.

In 1987 he appeared as Michael Jackson's nemesis in Music Video Bad and the feature film Streets of Gold. His performance in Music video Bad caught the eye of Director Spike Lee. Lee gave Snipes an opportunity and gave him roles in different films, dramas, and videos.

Wesley played a role in Jungle Fever, King of New York, New Jack City, and Sugar Hill. He has also played roles in action movies like Passengers 57, DemolitionMan, Money Train, The Fan U.S. Marshals etc. In 1997, Snipes won the best actor Volpi Cup at the 54th Venice Film Festival. Blade and its two sequels made him a legendary action hero of Hollywood.

There is a rumor that Wesley, after his income tax case is searching for opportunities to come back and once again to be the legend of Action Movie of Hollywood.

Wesley has been married twice. First, he was married to April Dubois in 1985 but their relationship couldn't last long and they divorced in 1990.

He was then married to a painter, Nakyung Park in 2003. He has a son, Jelani Asar Snipers born in 1988 from his first marriage. And from his second wife he has four children, three sons named Akhenaten Kihwa-T, Alaafia Jehu-T, Alimayu Moa-T, and daughter Iset Jua-T Snipes.

Snipes seems to be living a happy life with his children and wife. Till date, no rumors about divorce has surfaced.

Wesley is a famous actor, film producer and martial artist who has a net worth of $10 million dollars. He was arrested for tax evasion back in 2008. He was sentenced to three years in prison.

In order to complete his sentence, he had to serve four months in house arrest in 2013. According to the report, the Blade Trilogy star earned $38 million from 1999 to 2006 but failed to pay taxes.

Wesley was married to April Dubois in 1985 but their relation couldn't last long and they divorced in 1990.

Snipes after his divorce started dating a painter named Nikki Park and married on 2003.Now they have 4 children.

He has one son named Jelani Asar Snipes born in1988 from his first wife April Dubois. His son has also played a role in a movie with him.

From his Second wife, he has four children including a son named Akhenaten Kihwa-T.

Alaafia Jehu-T Snipes is the second child of Nikki Park and Wesley Snipes.

Alimayu Moa-T is the third child of Wesley and Nikki

Iset Jua-T Snipes it the only daughter of Wesley and Nikki. The actor says that his daughter kept his family from traveling to their home on the east coast during the 9/11 attack. They were staying in LA due to a tradition that says one shouldn't travel with a newborn child. He lost his residence in the attack however, he his family survived due to the birth of his daughter.