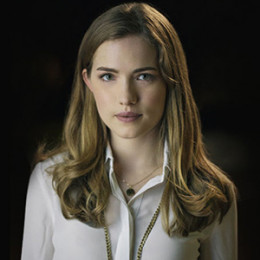 Willa Fitzgerald is an American actress born in Nashville, Tennessee who is mainly known for her work in MTV horror series Scream. She has the lead role of Emma Duval in the series for which she has been critically praised. Willa graduated with Bachelor's in Arts degree in acting from Yale University in 2013 and formally started acting by working in the 2008 movie "For the love of a Dog".

The role of Willa Fitzgerald in the series Scream has been widely appreciated. Her other works in the TV shows include Alpha House, The Novice, Blue Bloods, The Following, and Royal Pains. Willa has done recurring roles on Alpha House and Royal Pains which has been praised. Willa does not open up much about her personal life and loves music and Avocados. There is no information regarding her relationships.