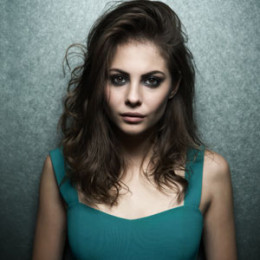 Willa Holland is an American actress and model and was raised in Los Angeles. Over the years she has gained quite a lot of fame and is also nominated for the Times's person of the year.

An American actress and model Willa Holland best known for her parts as Kaitlin Cooper on the Fox teen drama “The O.C." was raised in Los Angeles with two sisters: Brianna Holland, and Piper De Palma. She is the good daughter of Keith Holland, a cinematographer, and actress, Darnell Gregorio-De Palma.

The 25-year old Willa Holland attended Palisades Charted High School for only 6-weeks because her profession was taking off and school peers were snotty of her acting pursuits.

At the age of 7, Willa played at her stepfather’s neighbour’s house in “The Hamptons”, Ney Work City. At the same age, she signed with Ford Modeling Agency and soon after booked a shoot for Burberry. Professional Career

In 1999, Willa's mother took her to a theatrical talent agency after which she appeared in several national commercials. She was slated to co-star in the Fox series “The Inside” alongside model Rachel Nichols, but later she left the show.

In December of 2007, Willa got a role in the independent drama movie “Garden Party”, where she played the role of April, a disturbed teenage aspiring model. In March 2010, she made a one-off back in the 16th episode of the 3rd season, “The Empire Strikes Jack”, which aired on 29 March 2010.

In May 2010, Square Enix declared Holland would be voicing Aqua in the PlayStation portable titled, “Kingdom Hearts Birth by Sleep”, which was released on 7 September 2010 in North America. At the same year, she starred in her first studio movie titled “Legion” playing the part of a bratty teenager.

Boston International Film Festival winner Holland was cast in The CW action-adventure series, “Arrow”, in February 2012, based on the Green Arrow comic books, where Holland plays Thea Queen. In April 2012, she starred as Davey Wexler in the film “Tiger Eyes”.

According to some sources, Willa Holland is the favourite to become Time magazine’s person of the Year in 2017. Well, the fans are excited about the news. However, the surprising inclusion of the 25-years-old actress, as a 2017 nominee has, therefore, glimmered controversy and debate.

The gorgeous and talented young lady Willa is single now. Although, she has two past affairs.Holland began dating with an English actor, Toby Hemingway in January 2009. She is 8-years younger than her ex-boyfriend Toby Hemingway. At the time of their romantic relationship, the former couple said that they are the best couple, but unfortunately, they ended their relationship after dating for three years in 2012.

After breaking up with Toby Hemingway, Holland was rumored dating her co-actor Colton Haynes in February 2013. But, since there was no evidence of their love affair the rumors ended.

The multitalented Willa Holland has taken the number 1 spot on “People With Money’s” top highest-paid actress for 2017 with an estimated net worth of $58 million dollars in combined earnings. She earned huge amount of money through her acting career and hard work.