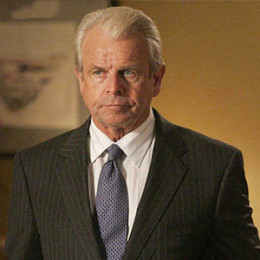 William Joseph Devane is an American film, television and theater actor, known for portraying Greg Summer on the primetime soap opera "Knots Landing." Devane is the son of Joseph Devane, who was Frankin D. Roosevelt’s chauffeur when he was governor of New York. Devane graduated from the American Academy of Dramatic Arts in the New York City. His role as US president John F. Kennedy made his reputation catapulting him to stardom.

William is married to his college sweetheart Eugenie Devane. Right after their graduation, William proposed Eugenie and they got married in 1961 after having romantic love affairs for several months. William and Eugenie had two sons but their elder son died in an accident. Joshua Devane is their only child now. More than 55 years of togetherness, the couple is an exemplary to any relationship.