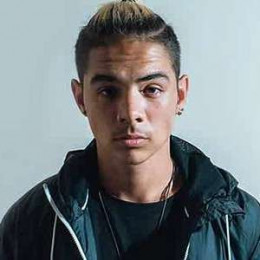 William Singe is an Australian singer, songwriter, and producer. Inspired by his father, Singe began recording music as a child in his bedroom and upload the videos on Facebook and YouTube. In the year of 2014 and 2015, he recorded a number of music such as R&B, Pop, Hip hop and rap covers in his bedroom. On 24 September 2016, he covered Drake’s song Hotline Bling, transforming it into an emotional slow jam which became his most famous video to date. The video earned over 12 million views on YouTube and a million on Facebook.

William Singe has over 2 million followers on his Facebook page and over a million subscriber on his YouTube channel. In the year 2014, he has six recording covers and he also recorded another 44 in 2015.

In 2016, Singe went on The Introduction Tour around the US, Asia, Australia, and the UK. He is not married yet, but information about his romantic affairs is not made available by any media.

Still, he has revealed details about his girlfriend and affair.

His net worth is estimated to be $2 million.

Singe was born on 2 July 1992 as Liam Anthony Singe. He belongs to Maori Australian descent.