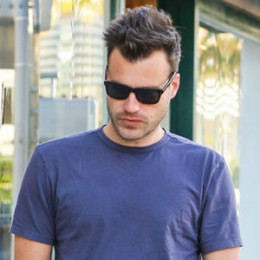 William Tell is well known as the former rhythm guitarist and backing vocalist for the piano-rock band named 'Something Corporate'.

William Tell was born on 7th February 1980 in Mission Viejo, California, U.S. He got his law degree from USC Gould School of Law in 2014. William currently, works in entertainment law.

On 27th March 2001, William joined the Drive-Thru Records piano rock band called 'Something Corporate'. In 2004, he left the band for a solo career, and he signed with New Door Records as a solo artist.

In 2006, he signed with Universal Records' subsidiary New Door Records as a solo artist and began making final touches to his debut album.

William collaborated with 'Something Corporate' member, Andrew McMahon, for the track "Fairfax" on the record.

In January 2007, he recorded a practice session for the website Rehearsals.com. On 13th March 2007, William released his 10-track solo debut album titled 'You Can Hold Me Down '.

William holds American nationality with white ethnicity and stands at height of 5 feet and 7 inches.

In February 2012, Tell began dating Lauren Conrad, former The Hills star and fashion designer. They got engaged in October 2013 and married on 13th September 2014, in California.

It was reported on 1st January 2017, that the couple is expecting their first child together.

William has a net worth in seven digits. His music career as a solo artist and in a band has contributed a lot to make up his worth