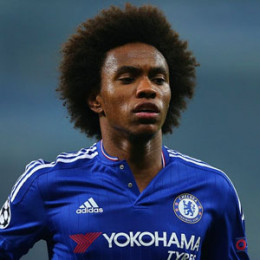 Willian Borges da Silva is a professional Brazilian football player who plays for English club Chelsea and Brazilian National football team as a attacking midfielder. He is a product of Corinthians football academy from where he started his soccer career and later joined Shakhtar in August 2007 for €14 million. He made his debut from the national team in 2011 in a friendly match against Gabon and represented the country at the 2014 FIFA World Cup.

He is a Christian and a married man as well. He married his longtime girlfriend with whom he dated for more than four years. The couple got married in front of various popular personalities. They have two children, twins, with whom the couple is often spotted together in special occasions, weekends and shopping malls. They both are active in the social media and often upload photos. They seem to have a happy married life which is obvious by their gestures.

His father used to sell car parts and his mother also work to support Willian and his sister Michele economically. He was raised playing all kinds of samba beat on Brazilian drums before his way into soccer. 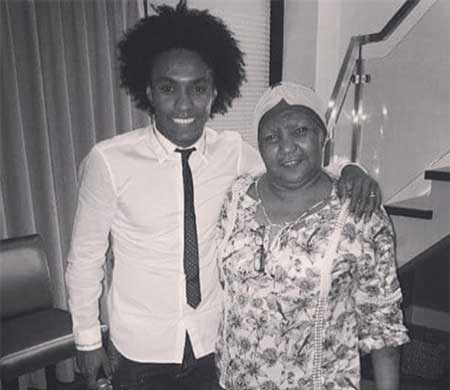 He was not the most conscientious students in school during his early days. Like many other kids in Brazil, he always had a ball in feet. Watching the 1998 World Cup as a nine-year-old, he was inspired to play football.

He was just nine years of age when he was picked up by Corinthians in 2007, a local team where he wore the number 10.

After making five league appearances during his first season with the Corinthians, he made a breakthrough featuring in 11 league matches.

He signed a five-year contract with Shakhtar Donetsk for a transfer fee of €14 million on 23 August 2007. He played a key role in Premier League and Ukrainian Cup.

He secured the Premier League title for three years in a row with two Ukrainian Cup title in a row.

After five years in Shakhtar Donetsk, he moved to Anzhi Makhachkala for €35 million on 23 January 2013.

English Premier League signed a five-year contract with Sliva for a fee of  £30 million. He made a debut performance in Champions League against Basel with 1-2 home defeat.

He scored his first goal in the new Premier League season in a 3-0 win in the 2014-15 season. He was also selected to play against Tottenham Hotspur in the 2015 League Cup Final at Wembley Stadium.

Being the member of under-20 Brazil team, he made his debut performance in the South American Youth Championship in 2007.

He represented his country in the 2014 FIFA World Cup, the 2015 Copa America, and the Copa America Centenario.

Silva's net worth is most probably in millions of dollars but the exact amount is still under review. The player took home an annual salary of $2.8 million in the year 2013. Besides his net worth and transfer fees, the star hasn't revealed his property details.

His recent salary is under review. He once used to promote the soft drink band Guaraná Antarctica. He along with fellow country football player David Luiz and advisor Kia Joorabchian opened an Italian restaurant in Mayfair, London earlier this year.

Silva is a happily married man. He tied the knot to Vanessa Martins in 2011. The couple is blessed with twin daughters, Valentina and Manuella.

The family life of four is going on at a perfect pace. The sports icon is so much of himself when it comes to his personal life. 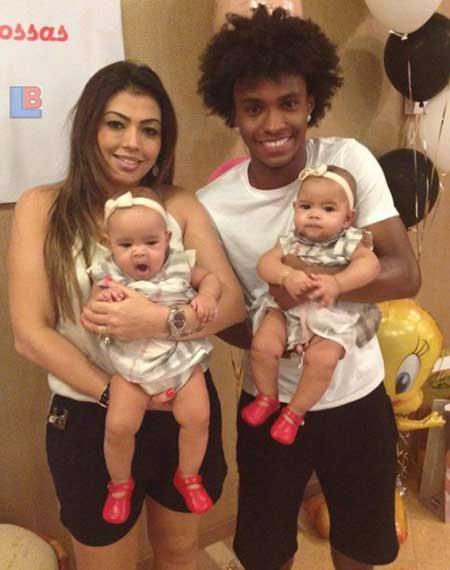 Hence, he has maintained his blessed life under the radar.

His mother, Maria passed away at 57 on 13 October 2016 because of brain cancer. His teammates Diego Costa and Eden Hazard dedicated their goals to Willian and his mother during the match against the Premier League champions.

She is a tall, fair and beautiful lady who is a lawyer by profession. She is six years older than her husband.

She is a beautiful daughter from her romantic parents. She has a twin sister as well.

She was born safe and healthy. She is a cute adorable child and is the twin sister of Valentina Willian.