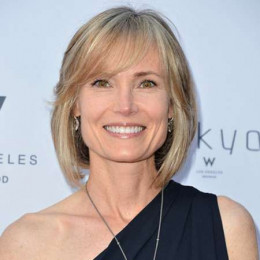 Kristine Carlin Bay commonly known as "Willow Bay" is an American television correspondent, author and model. Currently, she is serving as the director of the USC Annenberg School of Journalism. Before that she was a special correspondent for Bloomberg Television and senior editor for the Huffington Post. As a model, she was often featured in Seventeen magazine in the 80s and throughout her career she had represented Ford Models.

Her personal life is sweet and simple. She is a happily married woman. Her long time dated boyfriend turned husband is the CEO of the Walt Disney Company. The couple got married in the year 1995 and since then started living as husband and wife. They have raised two sons from their marriage. To stay connected to her we can follow her on Twitter @willow_bay.

First Marriage with Robert A. Iger

He is the first husband of Willow, who is best known as the chairman and chief executive officer of The Walt Disney Company.

He is the beloved son of Willow, whose date of birth is unknown.