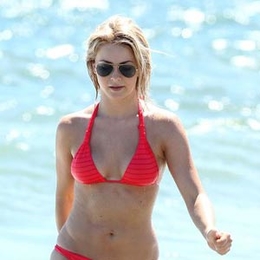 American sportscaster Win McMurry came to prominence after hosting the shows of Golf channel’s “PGA Tour primetime" and "Golf Central, Morning Drive”. She won two Telly awards for her work as a producer, writer, and host for the PGA Tour. She is known as Gold Channel's main attraction and even voted as “No.1 Beauty” by Sports Illustrated’s GOLF Magazine and entitled as “Miss Fantasy Challenge” by the Golf Channel.

American sportscaster Win McMurry came to prominence after hosting the shows of Golf channel’s “PGA Tour primetime" and "Golf Central, Morning Drive”. She won two Telly awards for her work as a producer, writer, and host for the PGA Tour. She is known as Gold Channel's main attraction and even voted as “No.1 Beauty” by Sports Illustrated’s GOLF Magazine and entitled as “Miss Fantasy Challenge” by the Golf Channel.

Win McMurry is married to her boyfriend Evan White. The couple dated for six months before stepping out into the wedding life. The couple walked down the aisle on April 18, 2015, in a private ceremony between friends and family in Old Fort Bay Club. 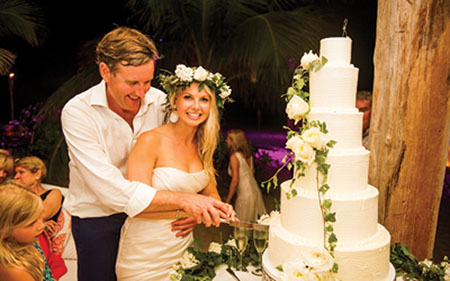 The pair first met on a blind date in Lyford Cay, Bahamas. The lovebirds began their journey of love when Evan proposed her in the middle of the lake while they were paddleboarding. After a year of their wedding, she gave birth to their first child, Wells on August 12, 2016.

We’re having a birthday party! Big brother Wells welcomed his baby brothers Tuesday and we are over the moon beaming with joy!

McMurry's Instagram profile is graced all with Well's adorable pictures. The mother-son duo can be seen traveling to different places, twinning in the parade, celebrating Easter together and much more. Meanwhile, she along with her husband welcomed identical twins named Beau and Hart on 4th June 2019. 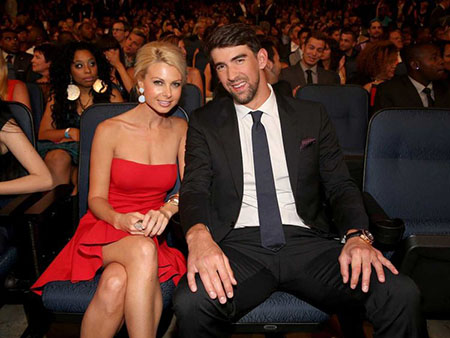 Win McMurry with her former boyfriend Michael Phelps.
SOURCE: Business Insider
American Sportscaster, McMurry, and her longterm partner turned to the spouse are united as life partners for nearly five years now. Even though, Win and Evan are committed to one another he occasionally appears on her socials which rises doubt within the fans if everything is okay between the two.
Nevertheless, in the meantime, the father to three prefers to spend quality time with his children and wife. The power couple is now blessed with three adorable kids including nine-month-old twins.

Golf Channel reporter previously dated Olympic gold medalist swimmer Michael Phelps back in 2013. The former couple was spotted cuddling from ESPYs Awards to TOUR Wives Golf Classic. Unfortunately, their romance couldn't long last and they decided to part their ways. Moreover, the reason for their split never beamed in the limelight.

How much is the Net Worth of Win McMurry? Also Know About Her Earnings, Salary, and Career 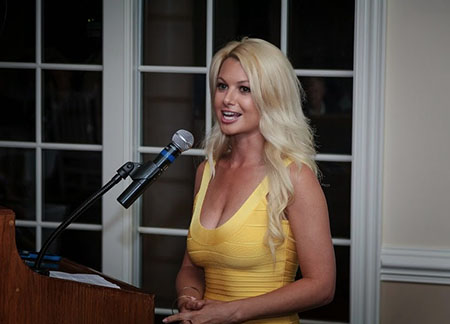 McMurry is reported to be earning around $200,000 as her annual salary. Besides, she is an active person on Instagram where she posts many promotional and personal pictures and videos. Additionally, she earns over $311-$570 per post from her Instagram account. Eli Gehn and Julia Morales are popular sports reporters like Win McMurray.

The sportscaster started her career in journalism as a researcher for CBS Sports. Later she joined WCBS-TV as a field producer. Then, she worked as a producer, writer, and host of PGA Tour Entertainment’s PGA Tour Today, Monday Backspin, and Morning Movers on PGATour.com.

Here's Win McMurry talking about how easy it is to use SwingFix;

The sports anchor even worked as a golf cart driver for the personnel covering the PGA tour at CBS Sports Network, a runner for NFL and NCCA Basketball and a production assistant for WCBS- TV. So no doubt, McMurry collected a good sum of money from her lucrative career in the field of journalism. Further, she also owns a Classic Mini Moke worth $27,000-$37,275.

McMurry, on the other hand, is also famous for her involvement in numerous charity works like the Outfox Cancer, Special Olympics, Children’s Miracle Network Hospitals, The First Tee and Junior Champions Foundation. She surely is a very down-to-earth person.

Win McMurry was born on March 12, 1983, in Chapel Hill, North Carolina to Jane Hight McMurry and John E. McMurry. She completed her graduation from the University of North Carolina Chapel Hill with a degree in Bachelor of Science in Journalism and Communications Studies. She did her Post-Graduate in Business from the Kenan-Flagler School of Business. 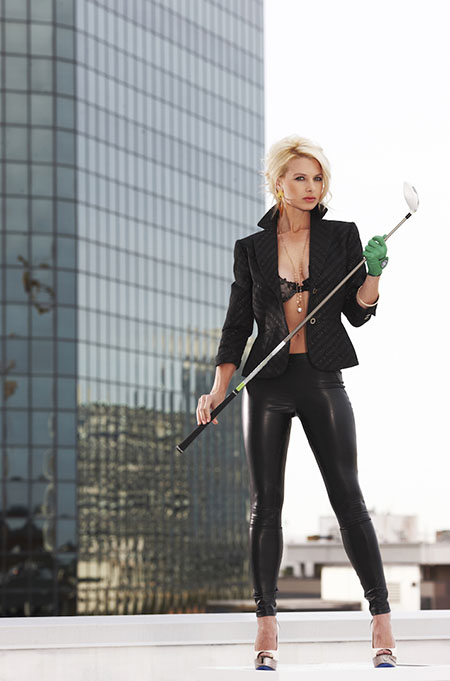 Win holds the American nationality and belongs to the white ethnic group.  She is an active person on Twitter and Instagram with 70.2K followers on Twitter and 11.7K followers on Instagram as of 2022. She stands at a height of 5 feet 4 inches(165cm) with hazel eyes and blond eyes. Sports Illustrated's GOLF Magazine voted her "No. 1 Beauty" in 2011.

Win McMurry tied the knot with her boyfriend Evan White on 18 April 2015 after dating for six months.

Win McMurry gave birth to the first child as a son on August 12, 2016, after a being married for a year.

Win McMurry and her husband welcomed their twin kids Beau and Hart on 4th June 2019.