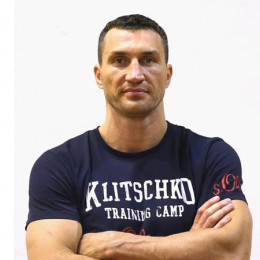 Wladimir Wladimirovich Klitschko is a boxer, noted for being the second longest reigning heavyweight champion of all time and has the second most successful title defenses total of any heavyweight boxer. This highly strategical boxer has won a gold medal at the 1996 Olympics games, after winning the Super Heavyweight title. He was born to Nadezhda Ulyanovna and Vladimir Rodionovich Klitschko, a Soviet Air Force major general.

Till now he has been married once, but unfortunately his first marriage lasted for only 2 years. In 2013, he got engaged to his long time dated girlfriend who by profession is an actress. He has a great chemistry and bonding with his fiance and the couple together has welcomed a beautiful daughter. Before that, he had dated several gorgeous actress and models and was often romantically linked with Jessica White, Lucy Liu and Nazan Eckes.

She is the first wife of Klitschko, who by profession is a model. The two stayed as husband and wife for only 2 years.

She is the only child of Klitschko, who was born in December 2014.