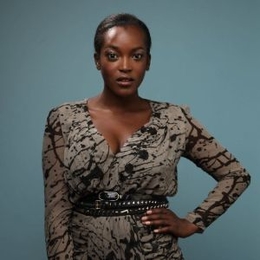 Hailing from Nigeria, Wunmi Mosaku is an Award-winning actress who has been contributing to the Hollywood film industry with dozens of hit movies and television series. She is the second black woman whoever won the British Academy Television Award (BAFTA)  award in the history of the Academy.

When asked on listing her personal heroes, Wunmi included her grandmother Anike Adisa whom she describes as having taught her so many lessons. Mosaku's other personal favorites include actor Albert Finney who inspired her for chasing the Royal Academy of Dramatic Art; her colleague and former instructor at RADA, Paul Newman who she admires not justs for acting but for philanthropic works with Newman's Own and Oprah Winfrey who Mosaku considers a superwoman. 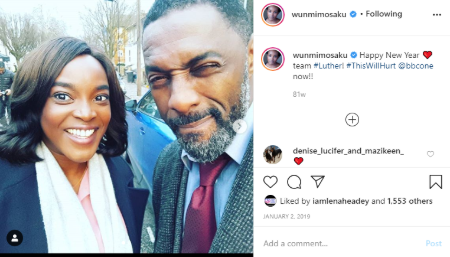 The Lovecraft Country star never introduced any men as her boyfriend or to-be-husband till today. Mosaku is still single and busy focusing on her career. However, it is true that she is pretty close to her male co-stars including Luther actor Idris Elba who tested Covid-19 positive in March 2020. Mosaku played new sidekick DS Catherine Halliday in Luther on BBC One.

There are no speculations of her engaged in romantic love affairs but we can wish for her a true love with whom she can spend the rest of her life blissfully.

Wunmi Mosaku has an estimated net worth of $1 million as of 2020. She has added a huge amount to her bank account from her career as an actress. Mosaku receives a salary of $50.88 to $100 thousand which is an average income of the actress. 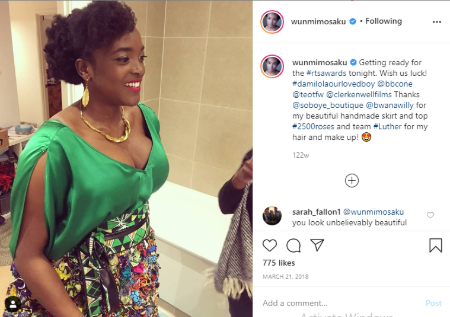 Some of her highest-grossing movies include Womb ($13 million), Batman V Superman: Dawn of Justice ($872.7 million), I Am Slave, Honeymooner, Macbeth, His House, Sweetness in th Belly, etc. In addition, she appeared in TV series like Father & Son, Law & Order: the UK, Moses Jones, The Bill, Sold Never Better, and many others.

Apart from acting, Mosaku is a fine singer as well. We would someday listen to Mosaku songs in case she pursue her career in music in the future. Wunmi has a golden voice and sang for eleven years in the Manchester Girls Choir.

Mosaku is a philanthropic personality who signed the petition to ensure migrant survivors of domestic abuse who are protected by UK law. She previously supported ActionAidUk's My Body Is Mine campaign which tells the stories of four brave and inspiring ladies who overcome injustices and taken the stand against violence against girls and women.

Some Interesting Facts of Wunmi Mosaku