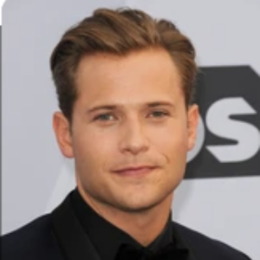 Wyatt Nash is an American television personality and actor best known for the 22nd season of Survivor and Survivor: Redemption Island. His acting credits include Petals on the wind, Riverdale, and Pretty Little Liars.

Wyatt Nash is relishing good life with his wife, Aubrey Swander. The celebrity couple started dating in late 2013. Three years later, the pair walked down the aisle on 16 September 2017. Swander is a singer and actress by profession. 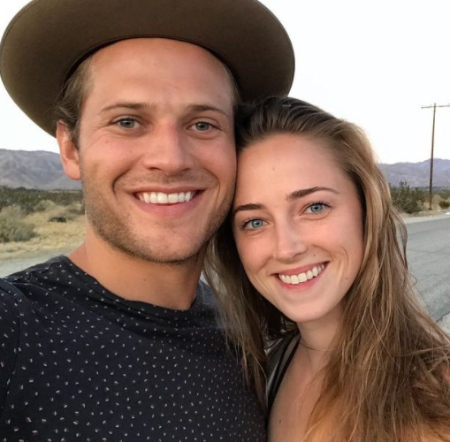 Nash's Instagram post on his beloved partner's birthday hints that Aubrey is an amazing dancer as well. Moreover, Wyatt also considers Aubrey as his source of inspiration.

Mathew Wyatt's long-term relationship with wife Aubrey prevents him from being the victim of gay rumors which swirled around the world in 2014. Fans began speculating on his sexuality after portraying a gay character in the series Rake in 2014.

Both Nash and Swander share a common passion for traveling, camping, and acting. They can splendidly balance personal life over professional one. Despite being together for many years, they do not lag behind flaunting chemistry on PDA or social media.

What is Wyatt Nash's Net Worth Collection?

Nash started off his career appearing in Survivor and Survivor: Redemption Island. Meanwhile, he chose to adopt the middle name as his stage name "Nash" inspired by his birthplace Nashville. 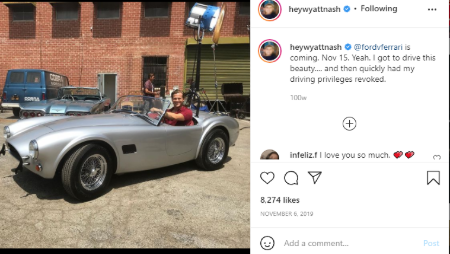 Subsequently, he starred in seasons 3 and 4 of Riverdale as Charles Smith, the son of Alice and FP. Likewise, Wyatt has won the heart of thousands by playing in Pretty Little Liars. His other credits include Hot Naked Guy, White People, Glow, Hitchcock & Scully of Brooklyn 99.

Wyatt Nash is happily married to his wife Aubrey Swander since 2017. They have been together for over four years.