Fashion model, Yara Khmidan is a well known Wilhelmina Models represented personality, currently signed with Storm Management. She has done campaigns for Victoria's Secret, Guess and Beach Bunny Swimwear. She was featured in a write-up by Sports Illustrated as one of their SI Swimsuit casting call auditions.

Yara Khmidan was born on August 25, 1993, in Ukraine. Her birth sign is Virgo which defines her personality as loyal, analytical, kind, hardworking, practical who always pays attention to the smallest details.

Yara Khmidan first discovered for modeling when she was teen. Later, she worked with brands including Urban Outfitters and Target. She also worked in advertisements for fashion labels and gracing magazine covers. Moreover, she debuted with Resort 2015 Fashion Show, where she walked the ramp for Mara Hoffman. Yara appeared on the Guess cover for their September 2014 issue. 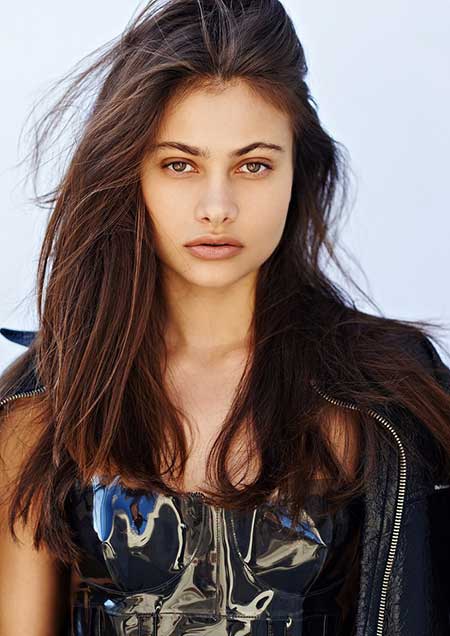 Khmidan appeared in Victoria’s Secret’s ad for their PINK range in 2015 alongside Rachael Hilbert. The ad was shot in September 2015. She has also appeared in San Lorenzo’s Spring/Summer 2014 lookbook, and Guess Denim’s Autumn /Winter 2014 lookbook.

Khmidan along with Rachel Hilbert, a model, became the face of Victoria's Secret PINK in 2015 after starting with the company a year prior.

Yara Khmidan is a rising model who has done campaigns for Victoria's Secret, Guess and Beach Bunny Swimwear. The average salary of models in the USA is more than $42k but considering Khmidan popularity she might earn more than the average figure.

Yara Khmidan is possibly single at the moment. She is quite secretive when it comes about her personal life and didn't share much about her private stuff with media. She is in the rising phase of her career which might be the reason she seems more focused on her career growth. She has more than 109k followers on Instagram.

Originally, Khmidan is from Ukraine but currently, she resides in New York City for her profession.