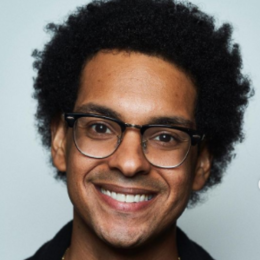 Yassir Lester is an American stand-up comedian, actor, and writer known for Making History. He had been the writing staff for Girls and The Carmichael Show. How well do you do know about Yassir Lester's lifestyle, married life, and wealth? Let's discuss everything out in detail.

Who is Yassir Lester's wife?

The Miami Florida-born actor Yassir Lester is a married man who tied the knot with his long-term girlfriend, Chelsea, in May 2017. As for Yassir Lester's wife Chelsea Devantez,  she also belongs to the same industry. Devantez is a famous actress and producer who starred in movies like Girls5eva, Bless This Mess, and This Is Our Year. 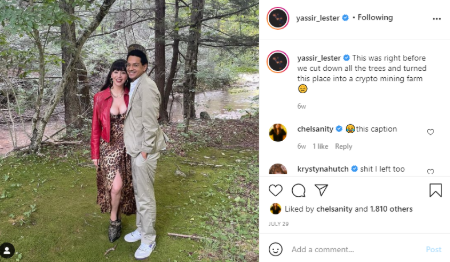 Yassir and his wife have not yet conceived a child. The husband and wife, however, consider their dog as their baby. Both of their Instagram walls are filled with pictures of their dog. Lester also takes his pet with him wherever he goes. 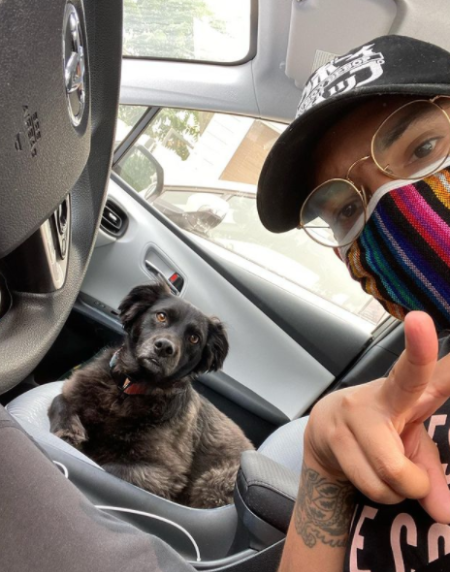 Moreover, the celebrity couple relishes each other's company with fewer signs of divorce. Before Chelsea, the Champion cast had rarely been spotted with any women publicly except for his female co-stars and his mother. Also, being a family, a Yassir frequently visits his in-laws at their homes.

Yassir Lester has an estimated net worth of $1 million earned from his decade-long career as an actor. Not to mention, he also made big chunks from standup acts and podcasts. As a standup comedian, he receives a paycheck of around $58,584 per year.

The 37-year-old has starred in dozens of television series, web series, and movies including The Bet. His acting credits include; Take Part Live, Key & Peele, The Carmichael Show, Girls, The Mindy Project, Comedy Knockout, Black Monday, Brooklyn Nine-Nine, Duncanville, and A Legendary Christmas with John and Chrissy.

Lester's role as a student in the series Netflix Presents The Characters in an episode also won the hearts of many. Beyond acting, he is also a fine writer. Yassir has been the head writer for The Problem with Jon Stewart. He began writing at age 18 and performed on stage at age 23.

Be sure to check out Marriedwiki for more interesting content.

Chelsea Devantez and Yassir Lester are happily married for four years. They tied a knot immediately after dating few years.