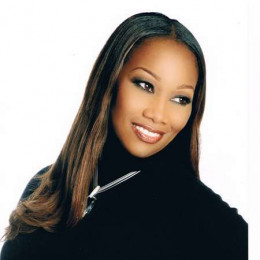 Yolanda Yvette Adams is a gospel singer, actress, record producer and radio host on WBLS. She was named No. 1 Gospel Artist of the last decade by Billboard Magazine in 2009. She is the recipient of 6 NAACP Image Awards, 4 GRAMMYs, 4 Doves, 3 BET Awards, 1 American Music Award and 1 Soul Train Music Award. Before becoming a singer, she was a school teacher and part-time model.

Her personal life is full of ups and downs. Till now she has been married twice but sadly both of her marriage didn't last long. She was married to her first husband for almost three years. Her second marriage was with a NFL player with whom she has raised a daughter. After staying eight years together as husband and wife the couple decided to get divorce. Her current relationship status is single.

He is the first husband of Adams, whose personal details has not been disclosed to the media yet. It has been reported that the main reason for their divorce was spousal abuse.

He is the second boyfriend of Adams, who is a former NFL player. They stayed as husband and wife for almost 8 years.

She is the only child of Adams, who was born healthy.