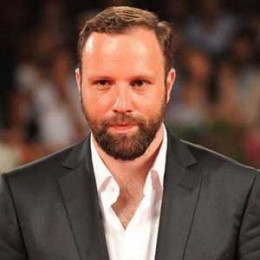 Yorgos Lanthimos has directed several series of videos for Greek dance-theater companies. He has also directed a huge number of TV commercials and was a member of the creative team, who design the opening and closing ceremonies for the Summer Olympic in Athens.

Yorgos Lanthimos is a Greek film, video and theater director, producer and screenwriter, born on 27 May 1973 in Athens, Greece.  He attended Hellenic Cinema and Television School Stavrakos for film and television in Athens.

From the 90's, he directed series of videos for Greek dance-theater companies. From 1995, he directed a huge number of TV commercials, in addition to music videos, short films, and experimental theater plays. He was also a member of the creative team, who design the opening and closing ceremonies of the 2004 Summer Olympic in Athens.

Lanthimos feature film career started with the mainstream film My Best Friend, where he shared directing credits with mentor Lakis Lazopoulos and the experimental film Kinetta. His third directorial film Dogtooth won the Prix Un Certain Regard at the 2009 Cannes Festival and nominated for the Best Foreign Language Film at the 83rd Academy Awards. His fourth films Alps won the Osella Award for Best Screenplay at the 68th Venice International Film Festival.

Lanthimos was awarded the ARTE International Award as Best CineMart Project for 2013 at the 42nd International Film Festival Rotterdam for the script of his fifth film The Lobster, which was also selected to compete for the Palme d'Or at the 2015 Cannes Film Festival with the Jury Prize. He recently directed The Killing of a Sacred Deer, which is going to release on November 3. 2017.

Yorgos is a married man. He married Ariane Labed, who is a French actress. They first met on the set of The Lobster and started dating and later, tied the knot.

Apart from that, the pair has not shared much with the media. It can be assumed that they want to live their private life far away from the media, limelight, and public attention. Till now the couple is happily married with no signs of getting a divorce.

As of 2017, Yorgos Lanthimos net worth is under review, but he may have earned a huge amount of salary from his career as a director and producer.

Yorgos Lanthimos married Ariane Labed, who is a Greek-born French actress and also was part of Lanthimos' film "The Lobster".