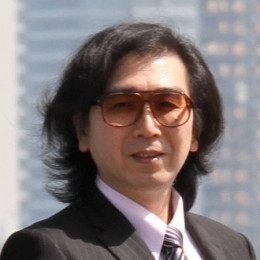 A Japanese billionaire businessman and academic, the founder, head of cyborg-robot maker Cyberdyne. He has obtained doctorate in engineering from the University of Tsukuba. He is also employee of University of Tsukuba working as professor of Graduate School of Systems & Information Engineering. Prior to all of these he also works as visiting professor at Baylor College of Medicine. For his talent he has been awarded with 2005 World Technology Award. He is also ranked among Forbes’ Billionaires at a $1 billion net worth.

Exploring his personal life he was married but unfortunately he had to face divorce due to some personal problem which he has not publicized yet. Till now he has not disclosed the name of his wife. But he was in headlines when his ex-wife claimed half of his net worth making it record-shattering divorce. It seems like his marriage was not so fruitful after all. currently there is no rumor regarding his affair with anyone.