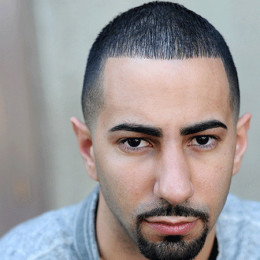 Yousef Saleh Erakat is a Palestinian American Web Star, prankster, rapper, comedian, actor, best known for producing parodies, comedy sketches, vlogs and pranks on YouTube. He is a graduate of San Jose State University. He released his first single "Prideland" in 2015 under his stage name fousey. He recently won the 2015 Streamy award for Show of the year. Details about his family background are totally unknown.

Accounting his personal life, he is yet unmarried and also does not have any child. Being so popular and charming, girls fall for him just in a matter of seconds but the fact is, he is no more single. He is often seen taking pictures with his girlfreind, which he posts in his Twitter and Instagram account. Currently, he lives in Los Angeles, California. To receive updates about him we can follow him of Twitter @fouseyTUBE.