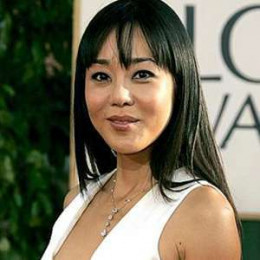 Yunjin Kim is a South Korean-born American film and theater actress. She is popularly known for her role as  Sun on the American television series Lost.

Yunjin Kim married Jeong-Hyeok Park, a talent manager on 28th March 2010. The couple married on the island of Oahu, after shooting her final scenes for 'Lost'.

Yunjin Kim holds an estimated net worth of $4 million.

After acting in a Japanese film, Kim appeared in the sci-fi feature movie named 'Yesterday.'In 2013, she had a leading role in the ABC drama series called 'Mistresses'.

Kim's breakthrough debut came in the 1999 film 'Shiri', South Korea's first blockbuster film became the highest-grossing film in Korean history at the time. She has been called "The Korean Julia Roberts."