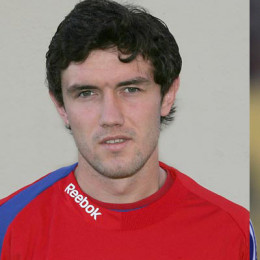 Yuri Valentinovich Zhirkov is a Russian football player who plays for Dynamo Moscow and the Russian national football team as a left winger. His father, Valentin Ivanovich Zhirkov was a worker at the Revtrud factory and his mother was a postwoman. He attended Tambov Regional Children and Youth Sports School. He was awarded the Russian Footballer of the Year title and received a bronze medal in UEFA European Football Championship 2008.

He is a young, energetic and talented defender with good passes and agile to ball movement. He has good strength and stamina in keeping his pace and durability in the game. Besides his football world, he is a romantic guy who is married to a hot, bold and beauty pageant. They were married happily in presence of various popular faces. The couple has two children together as a sign of their passionate love.

The left-sided Russian football player Yuri Zhirkov was born on 20 August 1983 in Tambov,  Russian SFSR, Soviet Union. His father Valentin Ivanovich Zhirkov used to work at the Revtrud factory while his mother Galina Zhirkova worked as a postwoman.

He has two brothers Saiful Valentinovich Zhirkov and Nikolai Valentinovich Zhirkov. He spent his childhood days in poverty and struggle. He used to skip his training sessions to help his parents in agriculture so that they would have enough crop during the next season.

Valery Sharapov was his first coach of the football icon. Initially, he selected Zhirkov for the Tambov Regional Children and Youth Sports School.

He started his professional career at Spartak Tambov scoring a total of 26 goals in 74 matches before joining CSKA Moscow.

He became the part of CSKA Moscow in January 2004 playing an official match against Spartak Moscow in the Russian Super Cup in March 2004.

He made a debut performance in the UEFA Champions League on 27 July 2004 against Neftchi Baku.

He signed a four-year contract and joined Chelsea on 6 July 2009. He made his debut performance and eventually became the winner in a friendly match against Milan.

After suffering a knee damage, he made his Champions League debut for the team in November 2009 against Porto. He made the only goal in a UEFA Champions League match against Spartak Moscow in October 2010.

Zhirkov, 34, departed from Chelsea and joined Russian Premier League side Anzhi Makhachkala. He signed a two-year deal with Zenit Saint Petersburg on 26 January 2016.

He made his international debut for his country on 9 February 2005 against Italy in Cagliari.

After helping the team for semi-finals, he was named in the UEFA Euro 2008 team. He has earned a total of 75 caps for his international game since 2005. 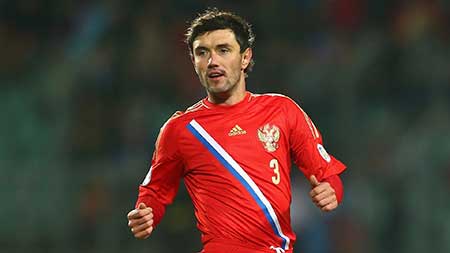 He was included in the finalized World Cup squad on 3rd June 2018.

Zhirkov's current net worth and salary is still under review.

He signed a four-year contract with Chelsea in July 2009 for a transfer fee of £18 million. Despite the contract, Chelsea declared his departure from the club in August 2011 to Anzhi for an undisclosed fee.

Though the amount was kept secret, it was rumored to be around £13.2 million for four years.

He joined Dynamo for an undisclosed fee and then to Zenit for two years.

Zhirkov has earned a total of 75 caps in his international matches. His amazing performance at UEFA Euro 2008 in semi-finals, he was included in the Team of the Tournament and award.

The same year he became the Footballer of the Year in Russia.

The sports icon is living a happy married life with wife Inna Zhirkov, 28 in 2008. 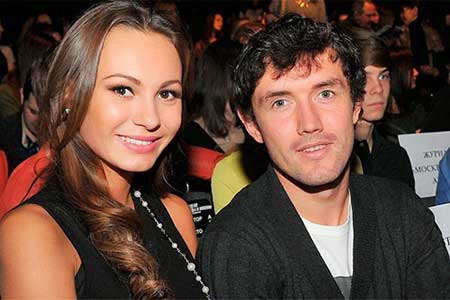 Inna said that she always dreamed about a Russian life partner and it's far "better not to have any sexual relations with foreigners".

The couple is blessed with three adorable kids Milana Yoryevna Zhirkova, Dmitriy Yoryevich Zhirkoz, and the youngest whose name is still a mystery.

She is a sexy, bold beauty who is a Ex Mrs. Russia as well. She is happy to be the lifetime partner of her husband.

He was born safe and healthy. He is often pictured with his parents which are uploaded in the social networking sites.

She is a beautiful child who is almost like her father. Information regarding her birthday is not provided to the source