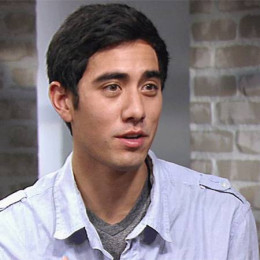 An American Vine star, film-maker and YouTube personality who is widely known as FinalCutKing which is his youtube channel name. to his more than 600,000 YouTube channel subscribers. He is son to Chinese American father and White American Mother. When he was just 7 years old he started he started making video using home video camera. He graduated from Biola University with a Cinema and Media Arts as his major subject. For his talent and creativity he has been awarded with a Streamy Award for Best Vine Creativity. He has also won YouTube's NextUp Creators Contest, First Place London Film Festival for HP advertisement etc.

Exploring his personal life, he is already married to the love of his life who was his very first best friend. Together they seem very cute couple with mutual understanding and great chemistry. Till now there has been no report of any kind of extramarital affair and divorce from both parties which also suggest that they are leading happy married life. The couple hasn't given birth to any child.

King completed his graduation from the Biola University in December 2012 with Cinema and Media Arts Major. At the age of 7, he made his first film by using a home video camera.

Actually they were best friends before they got married. Currently they are leading happy married life. Couple's picture can be found in different sites.