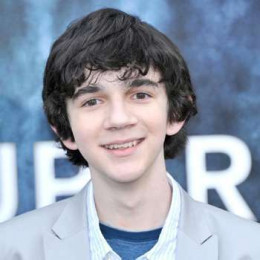 Zachary Mills, better known as "Zach Mills", is an actor by profession, noted for his childhood and teenage guest appearances in TV series as Malcolm in the Middle, Clue, and Rules of Engagement, this American screen actor was nominated for Young Artist Awards for his performances in the feature films Mr. Magorium's Wonder Emporium and Kit Kittredge: An American Girl. He was born to Patrick Mills and Kerry Mills.

Talking about his personal life, he is yet a bachelor as he is just 20 and is too young to marry someone. Till now there is no any record of him being romantically involved with any ladies, no record of any relationships. He has stayed low profile in this regard, as he is so dashing he probably might have dated several ladies in his past days. We can stay connected and know him in a better way by following him on Twitter @thezachmills.