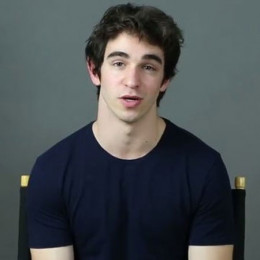 Zachary Gordon is an American actor who won the Young Artist Award for the role of Greg Heffley in a Dairy of a Wimpy Kid. He has also appeared in numerous other movies including Sex and Death 101 and Lower Learning.

Gordon was born on February 15, 1998, in Oak Park, California to Ken Gordon and Linda Gordon.

He spent most of his childhood days in Southern California with his siblings, Kyle Gordon and Josh Gordon. He joined a public high school in Oak Park.

Zachary has shown his strong presence in American film and television. He first appeared on the screen as Stacy’s son in How I Met Your Mother. He appeared in the Desperate Housewives in 2008 in two episodes.

He also made his appearance in two other episodes of 24 aired in January 2009. In order to uplift his acting career, he has appeared in several other movies including Sex and Death 101, Georgia Rule, The Brothers Bloom and National Treasure: Book of Secrets and much more. In the same year, he was seen in two episodes of Robot Chicken as a character of Charlie Brown, Linus.

Besides acting, he has also given voice to the animated movie titled Madagascar: Escape 2 Africa. He also voiced the character Kotaro in afro samurai: Resurrection, Tony Stark in The Super Hero Squad Show.

In June 2010 he played the role of Greg Heffley in Diary of a Wimpy Kid. Recently he hosted a Mini-series for Nintendo named Skylander’s Boomcast. He also appeared in the movie The Incredible Burt Wonderstone. He played a role of Pete Kidder in Pete’s Christmas with popular actor Bruce Dern.

In 2008, he won a Young Artist Award for Best Performance in the feature film. He also won young artist award under the category of Young Ensemble Cast in 2011 and 2013.

Zachary Gordon is pretty uptight in sharing his personal details to the outer world. He is just focused on making his bright career instead of making a girlfriend. Zach was once linked with his co-star Bailee Madison and there’s a rumor that they were dating each other. But it turned out to be a false story.

Gordon and Madison are good friends and Madison sometimes plays pranks on Zach via Instagram. Currently, he is single and still unmarried.

The proficient and young actor, Gordon has appeared in numerous movies and television shows. He is living a luxurious life with a net worth of $2 million.