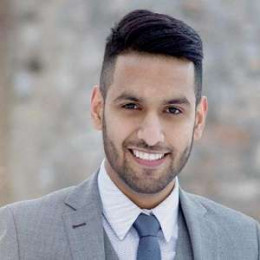 Zaid Ali is a Pakistani-Canadian entertainer, comedian, and YouTube personality. He is widely known on his YouTube channel ZaidAliT where he posts comedy videos as well as video blogs about topical issues. He uploaded his first video called "Your Profile Picture is Cute" on YouTube on 19 August 2011. As of January 2016, his YouTube channel has over 420,000 subscribers and more than 47 million views. His Facebook page, where he also posts links to his videos, has more than a million likes. In addition to making YouTube videos, Ali has also started to perform on-stage. In January 2015 he was offered a role in a Hollywood film which was a kissing scene but he turned down, elucidating that he could never imagine doing something of the sort. In March 2015, he posted a video with the title "Bollywood dialogue in real life'" on YouTube which went viral after that video was tweeted by Sonakshi Sinha.

Zaid Ali is not yet married and so far there is no news or rumors on his romantical affairs. He often posts videos about his mother. He has a younger sister. Famous for his motivational speaking, Ali has also toured to Pakistan and been featured in several Pakistani TV shows. He also toured in U.K, with 'United We Stand' in 2015, along with other comedians.