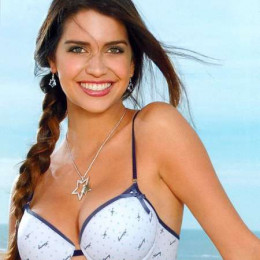 An Argentine model and TV host who has already done modelling for popular brands like La Serenísima, Gillette, Pantene, Herbal Essences, McDonald's and Falabella. She is also sister of Argentine media personality Wanda Nara. From very young age she started modelling. Later she signed for agency Dotto Models. She also took part in Marcelo Tinelli's show Bailando 2010 and stood in 9th position. In 2011 she became the winner of pink soccer ball in Bailando show 2011.

Exploring her personal life she has not married yet. Good news for her male fans who adores her. Currently she is single. If you're deserving and meet her requirement of her perfect partner you can actually give it a shot. Actually before being single she was in relationship with Uruguayan footballer and actually they were planning to get married too. But later the couple broke the engagement due to some personal issue. She also dated tennis player but they broke up too.