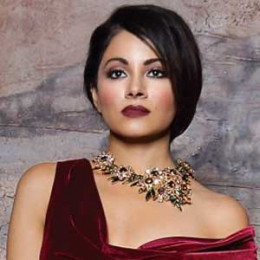 Pakistani-Canadian actress and model, Zara Durrani is a host and producer of CHCH television series entitled 'Life & Style with Zara'. She also modeled in many fashion shows and as well as hosted many shows. Her work expanded internationally, modeling for various companies including Lotus Wear, Hugo Boss, and Sonja Picard Jewelry. Zara worked with many photographers including Joe McNally, a worldwide acclaimed American photographer.

Zara Durrani a Pakistani-born TV host, model, and actor is one of the reporters for 'We Canada.' Zara was born in Lahore, Pakistan and became a Canadian immigrant as a teenager. Zara holds Pakistani-Canadian nationality with white ethnicity.

She participated in many school productions. Her life changed when her family moved to Southeast Asia and Europe.

Zara Durrani performed in many commercials and some films including Neil Simon's 'Barefoot in the Park.' She got the lead role in the short film called 'Sindoor.' Durrani took a chance at modeling and discovered a natural talent for runway and photo. Her dedication has resulted in appearances in over one hundred fashion shows many magazines and countless photo shoots. She modeled in many fashion shows and hosted segments showcasing Vancouver's fashion industry.

She taught models as a runway coach also be found producing and hosting VanEssence for Novus TV, a show about entertainment and culture in Vancouver.

She is also a yoga teacher in Vancouver and an activist for women's, children's and immigration rights and founder of 'Inspired Life Productions.'

Zara Durrani has taken a time to help Canadian immigrants settle in their new home, giving them care and insight from her own experiences. She has also participated in social discussions on radio and television, advocating for the greater need of positive female role models in our society and media.

Durrani professional life seems to overshadow her personal life. She has given priority to her work rather than being in a relationship. However, there is no news or rumors about her affairs. She is possibly single.

As her personal life, her net worth is also not revealed yet. But looking at her career, she probably has a huge net worth around six figures.