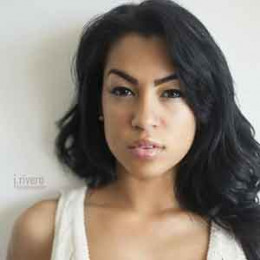 Born and raised in the unruly Miami Gardens area, Zashia Santiago is a professional makeup artist, model, and TV personality. She is quite popular on Instagram with more than 372k+ followers. She has featured on several popular magazine covers and was formerly a Wild 'N Out girl. Santiago is expecting a baby girl due in January 2019 with her boyfriend, Hymn. She also has a son named Isaiah from her previous relationship.

Zashia Santiago was born on August 17, 1989, in Miami, the USA. Her birth sign is Leo which defines her personality as kind, energetic, optimistic who are confident on the outside but sensitive on the inside.

Santiago is one of the popular celebrity make up artist and hair artist. She is also known as model and actress as she featured in several magazines cover and TV series like Ballers (2015), Playing Dirty (2017), and Loyalty (2018). She also starred in YouTube videos along with her partner and son named, The Family Project which has 28k+ subscribers. 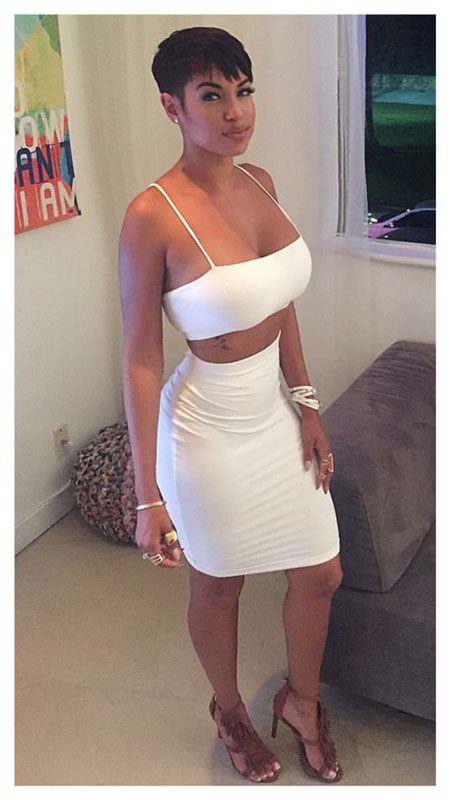 Santiago was a certified nurse at Baptist Health System but she lost her healthcare license after pleading guilty in 2013 for stealing her patients’ private information as part of a phony tax refund scam. She admitted that the man whom she passes the information gave her $200 to $500 per patient.

Fortunately, she took a plea deal and as a result, she was only fined $100 and 100 hours of community service and 3 years probation. If she had gone through a trial, then Santiago would face ten years in the prison. Later, she was again re-arrested for violating her probation.

Zashia Santiago is a celebrity make up artist and hair stylist, she made more than $85k from her profession. She also served as model and actress and earned a decent amount from modeling and acting. Considering her career graph, her net worth isn't less than six digit figure.

Zashia Santiago is in a romantic relationship with her longtime boyfriend, Hymn, a singer. The duo is together for a long time and expecting a baby girl due in January 2019. In August 2018, she announced her pregnancy via Instagram and revealed her child gender in a YouTube video.

Family’s [email protected],@zay_dakid15 and I are so excited to announce a new addition to our family!

Previously, Santiago dated rapper and songwriter, Safaree Samuels in 2015. The couple dated for only two months before their official break up in September 2015. As per some online sources, the duo split apart because Santiago cheated Safaree with a man named George aka “Mowhawk”, an emcee from Miami.

Zashia Santiago was just 15 when she had her first baby, a boy, Isaiah (born on 2004) with her then boyfriend. She was told to abort the baby but she stood against them and decided to give birth to the baby. Once in an interview, Santiago revealed, she is proud of her decision of having a baby.

Santiago is a tattoo lover, she tattooed her left wrist in Urdu language and has a dragonfly tattoo on her waist.

Check out the video where Zashia Santiago revealed her child gender;

Isaiah is best known as the son of Zashia Santiago. Her mother was just 15 when he was born in 2004.