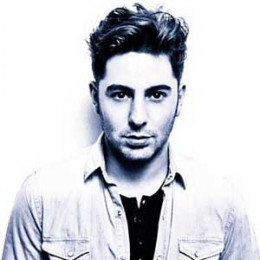 Zeb Wayne is a London-based DJ. Zeb had booked gig around the world. He came to the limelight after marrying the great TV personality, Oliva Wayne. Zen and his wife, Oliva is blessed with a baby boy named, Ozzie in 2016. His wife, Oliva is a famous host.

Zeb was born to parents- Jeff Wayne and Geraldine Wayne. His father is an American musician, composer, and a lyricist. She was raised along with his three siblings- Anna-Marie Wayne, Jemma Wayne, and Joab Wayne. Anna is an actress, and Joab is a junior tennis player. His father is from the United States but now live in the United Kingdom. Wayne is of white ethnicity.

Zeb is such an amazing personality with distinctive and diverse voice. He did experiment with different musical styles including classical and rock too. In 2012, Zeb released his first remix album named, The 2 Bears. Later on, he released another remix called, a 3-track collaboration EP with Thomas Gandey on Southern Fired Records. EP gained a huge success in gaining support from the taste-maker, M.A.N.D.Y, and Wolf+Lamb.

Furthermore, Zen booked gigs around the world including- Rome, Mexico, LA, Barcelona and many others. Recently, he formed his own creative project named, Muta which means to change. He wanted to give a different type of music to the audiences to change their taste, so Muta was about that.

Zeb Wayne got married to Oliva Wayne in 2010. Olivia is a famous and stunning television presenter for Sky Sports News. Their marriage was captured beautifully by Reellove Films which was no more less than a fairy tale movie.

They have posted many photos together. Later on, on 14th November 2016, photosOliva gave birth to a baby boy named, Ozzie. She posted pictures of the family including his son. They are living a happy life with no signs of divorce.

Olivia Wayne and Dj Zeb Wayne married in 2010. Their unforgettable days was captured in an awesome video by Reellove Films.

Ozzie Wayne was born to Olivia Wayne and Zeb Wayne on 14th October 2016. His mother, Olivia posted many adorable photos of him on Instagram.