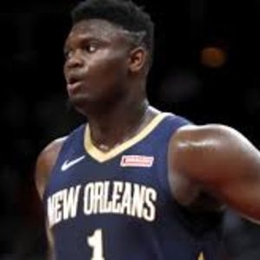 NBA is one of the biggest sport in the global scene and Zion Williamson is someone rare who has already created a statement playing for New Orleans. The power forward was the first draft of the New Orleans Pelicans in the 2019 NBA draft and the choice didn't disappoint the team at all.

When it comes to finances, Zion Williamson surely has absolutely nothing to worry about, thanks to his incredible set of skills and talents in the basketball court. Just 20 years old, the North Carolina born athlete, Zion Williamson, gathers a staggering net worth of $80 million as of August 2020. His bank balance as a young boy might leave you questioning your own life choices. 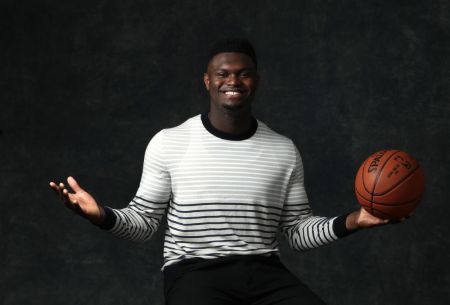 The NBA star achieved massive hype as a freshman in the college as he was named ACC Player of the Year, ACC Athlete of the Year and ACC Rookie of the Year. His college career in basketball helped him gain the attention of New Orleans Pelicans, leading them to sign him on a lucrative deal. Since the sports action returned in 2019, Williamson finally returned to the court in Pelicans' 109-99 win over the Memphis Grizzlies. Following the match, he expressed how he 'felt alive again' to ESPN.

Zion Williamson signed a lucrative five-year shoe deal with Jordan Brand, which is worth a colossal $75 million. Interestingly, his contract is the second-largest rookie deal in history, behind Lebron James's $90 million rookie deal in 2003. Surprisingly, he pledged to pay the salaries of all the employees of the Smoothie King Center for 30 days during the suspension of the 2019-20 NBA season by the COVID-19 crisis.

Talking about the background of Zion Williamson, he was born in Salisbury, North Carolina, to parents Lateef Williamson and mother Sharonda Sampson. His sporting genes came from his father, who was a football defensive line at Mayo High School in South Carolina. On the other hand, his mother, Sampson, was a sprinter at Livingstone who became a middle school health and physical education teacher later one. 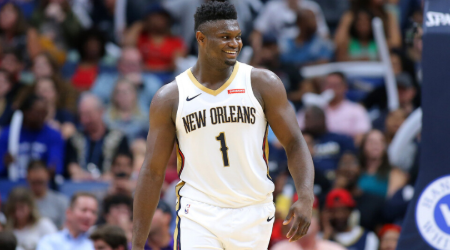 Williamson and his family moved to Florence, South Carolina, after the death of his maternal grandfather. Unfortunately, his parents got divorced when he was five years old. While there is no clue about his dad, the NBA star's mother moved on by marrying Lee Anderson, a former Clemson college basketball player.

Zion always wanted to become a basketball player and later pursued his goal by training. He competed in youth leagues with mother Sharonda Sampson coaching him. Surprisingly, he was a point guard and lost only three games in the middle school, which showed promising signs for his career ahead. 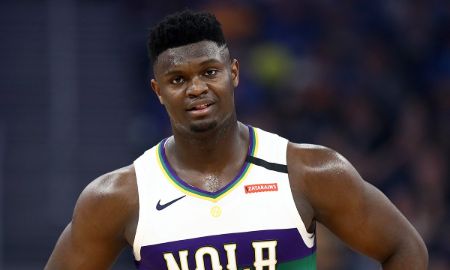 While Williamson is quite vocal about his career, he keeps a low-profile of his romantic affair. As a 20-year-old, he is motivated enough in his playing career and isn't dating anyone. His female fans would be relieved to know that the dashing NBA superstar is currently single and unmarried.