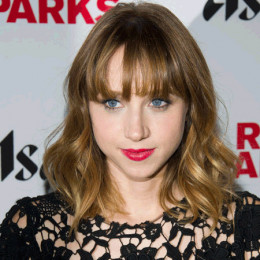 An American actress, screenwriter, and playwright who is widely known for her role as Gabby Adler in It's Complicated. She is daughter to Nicholas Kazan and Robin Swicord and both of them were professional screenwriter. In 2005 she graduated with Bachelor of Arts degree in Theater form Yale University. She debuted in acting career by starring as Samantha in Swordswallowers and Thin Men. her first professional stage role was in broadway revival of The Prime of Miss Jean Brodie. Meek's Cutoff (2010), Happythankyoumoreplease (2010) and Ruby Sparks (2012) are some remarkable movies where we can see her role.In 2014 she was nominated for Emmy for her role in the film What If.