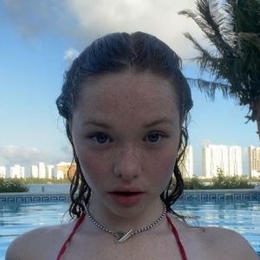 Zoe Margaret Colletti is a popular actress who is widely recognized for Scary Stories to Tell in the Dark, Annie, Wildlife, and the upcoming movie A Boy called Christmas with the character of The Truth Pixie.

Is Zoe Margaret Colletti Dating Anyone?

Zoe Margaret Colletti began dating Julian's actor Ed Oxenbould in 2016. Like most celebrities, Zoe kept her former romantic linkup secretive. Zoe and Ed, however, duo broke up after a few years of togetherness. All their fans were sad by the news of their split. 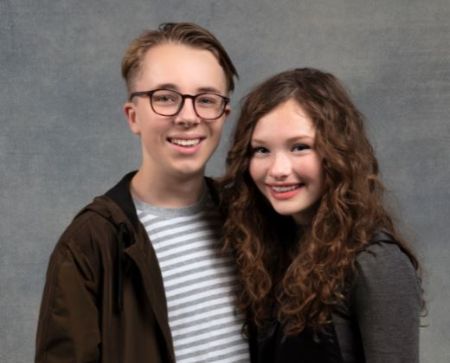 On October 9, 2019, Zoe started dating new boyfriend Nicholai Perrett, a social media influencer. Nicholai is known for his "out of this world" videos. Perrett also demonstrated a mastery of creating videos as he got revenge on his girlfriend Zoe in an Instagram video.

Further, the couple is not shy of a bit of PDA, as seen on Instagram, where they occasionally upload steamy pictures. The lovebirds are pretty open about their relationship and doesnt hesitate to express themselves. 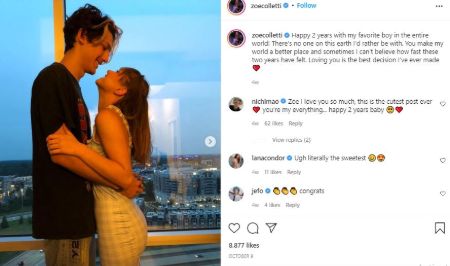 All in all, the love and respect the lovebirds have for each other are amazing and beautiful. The happy couple has been in a relationship for about two years, and the well-wisher is speculating that they will get married soon. But according to them, marriage is out of the question for now.

Zoe Margaret Colletti began her career in the showbiz industry as a model. In 2006, Zoe debuted the comedy film 'American Men' with the portrayal of Emma Wilson directed by Rob Schiller. Then, she got a chance to perform in TV series such as Rubicon, Past Life, Mercy, and Hall.

Check out the video of Zoe Margaret Colletti on Scary Stories to Tell In Dark below.

Not to mention, Zoe is reserved for her upcoming holiday movie "A Boy named Christmas" as The Truth Pixie. She shares the screen alongside Maggie Smith, Henry Lawfull, and Kristen Wiig.

As for Zoe's Net worth, the exact figure is not known. However, given her body of work, it is estimated to be around $300,000.

For exciting articles and biographies, stay tuned to Married Wiki.