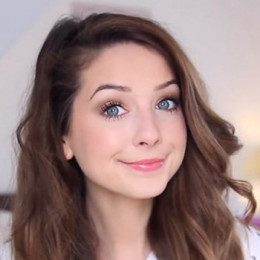 Zoe Elizabeth Sugg is better known as "Zoella” is a YouTuber, fashion and beauty vlogger. She has two YouTube channels, the main channel Zoella, is mainly focused on beauty tips and latest fashion trends, where as her second channel, MoreZoella contains mostly vlogs where she shows what she does in her day. She is also known for her novel, Girl Online which was released in November 2014.

Moving on to her personal life, she is yet unmarried but is in a serious relationship with her boyfriend. Her boyfriend is also a YouTube personality. She has been dating her boyfriend since August 2013 and still they have the same bonding with one another that they used to have at the beginning. The couple does not have any kids from their relationship. Currently, she lives in Brighton.