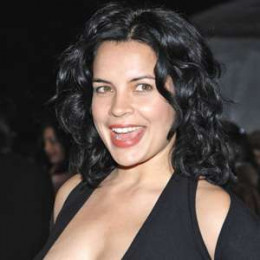 Zuleikha Robinson is a singer and an actress. She is the cast member on ABC series named Lost, The Following, and Homeland. She graduates from the American Academy of Dramatic Arts in Los Angeles. Zuleikha is sister of British field botanist Dr. Alastair Robinson. Zuleikha had a supporting role in the HBO series Rome.

Zuleikha Robinson is single. Zuleikha Robinson has been in an on-screen matchup with Naveen Andrews in 'Once Upon a Time in Wonderland'. Zuleikha is a member of  21st-century British actresses, Actresses from London and 20th-century British actresses. She was cast in the second season of Homeland in a recurring role as a journalist and secret al-Qaeda operative Roya Hammad.