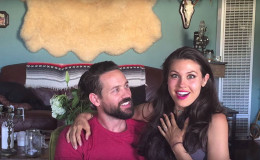 'Bachelor' Alum Britt Nilsson got Married to Jeremy Byrne after Dating; See their Relationship and Affairs

After a bad finale in the show Bachelor Nations, it looks like Britt Nilsson is finally getting what she originally wished for.

She exchanged vows with her fiance Jeremy Byrne after being together with him for a long time. Let's take a look at their intimate ceremony and see how it went down.

The stage was set and invitations were out as Britt and Jeremy tied the knot in front of 160 of their closest friends and relatives. The couple decided Green Oak Ranch in Vista, California as their preferred destination. 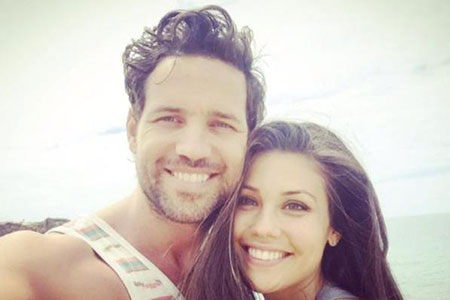 Britt and Jeremy tied the knot this weekend, Source: UPI

And the destination was originally owned by Jeremy's great-grandfather. A representative stated,

"Jeremy's great grandfather actually started this ranch way back when, so it's been in his family forever. It's really beautiful and very nostalgic for Jer for sure."

The bride wore a mesmerizing off-the-shoulder trumpet gown and she top it all off with an ornate veil. They enjoyed the wedding and played a lot of games. The guests drank a lot of mocktails.

The wedding menu consists of Mediterranean food. The duo danced it off in the song, "Koln" by the band Brolin. Talking about how they chose the wedding song, they stated,

"When we were thinking of our wedding song, we were like, 'It has to be that one. It just has very sweet, romantic lyrics. It's very meaningful."

The pair started dating in 2016 and they exchanged rings in May, the same years. The couple isn't hurrying in the decision of having any children anytime soon and we respect their decision. 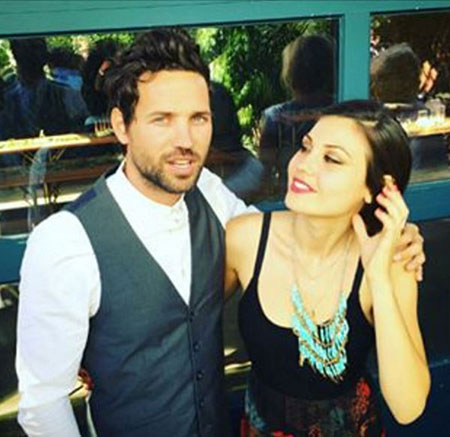 The pair started dating in 2016, They got engaged the same year, Source: Hollywood Life

Well, we wish them success for their future as a husband and wife. Up until now, we haven't seen any problem with their relationship so we're sure they'll make a good couple.