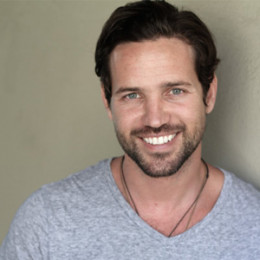 Jeremy Byrne is an American actor most known for his roles in Detention, Linked and Jew. Further, he is known for being the husband of Britt Nilsson, The Bachelorette star.

The talented actor started his professional career in 2012 from Jew, a movie based on hate crimes that still exist today. He was seen along with other popular stars like Erik Aude, Josh Berger and Alexander Wright in the movie.

Additionally, in 2011 he featured in a movie entitled Detention. The movie starred Shanley Caswell, Spencer Locke, and Josh Hutcherson. In 2013, the proficient actor starred in Linked along with Tim Fields, Monica Sly, Michelle Ramjee Garland and Rodrigo Nicolau.

Jeremy Byrne is a married man; he tied the knot with his longtime girlfriend, actress Britt Nilsson in 2017. The wedding ceremony was held at Green Oak Ranch in Vista California which was owned by his great-grandfather. The lavish ceremony had more than 160 guests.

Byrne met his future wife in 2012, but they just started dating only after few years. Byrne proposed Britt with his great grandmother's ring which shows more love, respect, and honor in his heart towards Britt. In May 2015 the couple got engaged.

Byrne is seen active on different social media including Instagram where he posted several pictures of their wedding ceremony. As they are a newly married couple, don't have any children till date.

The Detention actor may have earned a decent net worth from his acting career which is yet to be revealed. His lifestyle suggests he has a net worth in around seven figures. Moreover, his wife, Britt's net worth is reported to be roughly around $3 million.

Byrne weighs approximately 57 kg and is about 5 feet 6 inch in height.

The talented actor, Jeremy Byrnes married his longtime girlfriend, Britt Nilsson in 2017. They married in California and seem to be happy together.